The need for language translation has increased in recent years. We live in a global world, where you can message people on different continents, or purchase items from a business on the other side of the world, all while sitting on your couch. But if you don’t speak the language of those friends, or if you can’t read the website of the business, you have a problem. This is where a translator comes in. 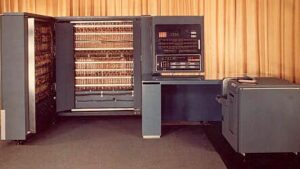 The first publicly announced computer translation took place in 1954, and performed by the IBM 701 computer. It could translate over 60 sentences of Russian to English, giving great hope to scientists about machine translation. Many believed all computers would soon do all translations. That hope quickly faded. While translation apps and programs today are a better resource than absolutely nothing, they are unreliable. Human translators, when available, give a far better translation.

Translation isn’t just using a dictionary to match word definitions and applying grammar rules to keep everything organized. There are many nuances to language that we sometimes don’t even notice until something interferes with them and impairs our understanding.

When you see these words, you either imagine a winged

rodent or a piece of sports equipment. Two very different things, yet the words for them in English are identical in spelling and sound. Words like this are called homonyms and exist in other languages. We rely on context to determine the meaning and use of these words. You would never talk about using a winged rodent to play baseball. Without context, translation, particularly by a machine, is simply cannot be accurate.

Idioms can be baffling to explain even in our native languages. These phrases can’t be translated word-for-word, and a simple translation of meaning has a different effect and sometimes even a new meaning. Computers simply can’t process that. Phrases we use in English such as “wrap your head around it” and “fall in love” simply don’t make sense in other languages. An effective translation requires an in-depth knowledge of idioms and expressions in both languages. 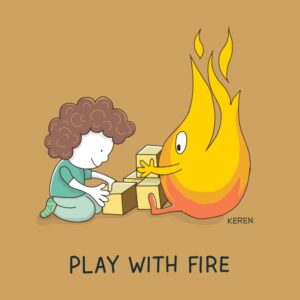 What we consider funny depends on our cultural background. Something comical may not transfer even to a different culture that speaks the same language. Trying to explain humor across cultures and language barriers requires an incredible breadth of knowledge. Computers cannot detect these subtle linguistic and comedic nuances.

Our cultures themselves influence our language. What we say and how we say it is determined by what we deem to be appropriate to say in a given situation. Computers struggle to understand the level of formality necessary for a certain situation. And even the content of our speech is determined by what we view to be culturally appropriate. In the US, for instance, talking about a person’s weight is quite rude. To call someone fat is a great insult. But in other places and cultures, this topic isn’t so taboo. A computer doesn’t know or understand this and therefore cannot translate something of this nature in a culturally appropriately.

It is estimated that there are 7,000 languages spoken worldwide. Just for a moment, if we pretend that computer translation is only essential to languages important in the global economy, then a computer translator still needs to know about 1,000 languages to be effective. That’s still a huge number. Now, if we consider Google Translate to be the benchmark for common translators, we would be disappointed to find it currently only recognizes 109 languages.

Language is essential in every part of our lives. It is our identity, our culture, and the way we connect with fellow humans. We need humans, not computers, to bridge the gap when we must connect with someone and we don’t share a common language. Computers don’t understand culture, idioms, or humor, and can’t accurately transcribe these human experiences from one language to another.