2022 has come to an end, so we wanted to look back at many of the things that we’ve learned, and remember many of the events that have taken place . 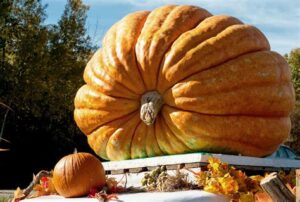 We learned earlier in 2022 about two contests in Québec in which competitors row giant pumpkin-canoes toward the finish line.

Unfortunately, the 2022 Windsor Pumpkin Regatta was canceled indefinitely, as the lake used for this race currently has almost no water. Lake Pisquid, an artificial lake, is not nearly deep enough to host the race. The tidal gates are now being managed to improve fish passage.

However, there was a new pumpkin race this year, in Shelburne, Nova Scotia. The very first winner of this competition, Ryan Foley, says he grew up watching the Regatta over in Windsor. Many of his competitors were close friends, and he says they all had a great time splashing toward the finish line.

Another exciting event of 2022 was France competing in the FIFA World Cup Finals! Morocco also made it far in this global soccer event, becoming the first African nation to reach semi-finals. 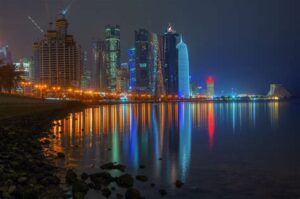 But France and Morocco’s performances aren’t the only exciting part of the event. In November of this year, 2 French cyclists set out to bike from Paris to Doha, Qatar, to watch the finals and cheer on France. After 3 months and more than 7,000 kilometers, they made it! They traveled about 15 kilometers each day, through 13 different countries. Along the way, they crossed a variety of terrains, from flooded forests in Hungary to desert in Saudi Arabia. They overcame many challenges on their journey, but both said they had a great time on their trip.

France will be involved in global sports in 2023 as well! It will host the next Rugby World Cup. And Canada is scheduled to be one of 3 host countries for the next FIFA World cup in 2026.

Closer to home, the FAC has plans for 2023 as well! The blog will continue with a variety of articles across many subjects. We’ll post the next edition of the World of French series, and another article about Francophone Legends and Monsters. Stay tuned for more exciting Francophone news!