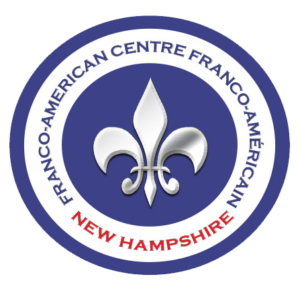 Respecting Our Past – Celebrating Our Present – Building Our Future

The Franco-American Centre (FAC) is a non-profit organization that promotes French language, culture and heritage through classes, social activities and cultural events.

The mission of the Franco-American Centre (FAC) is to preserve the rich heritage of our French communities. We promote history, culture and education with an understanding of their historic contributions, cultural and artistic expressions, both past and present.

The Franco-American Centre in Manchester, New Hampshire, is recognized as the primary catalyst to involve the community in celebrating the richness of the Franco-American experience, embracing all people of French heritage. The Centre presents a wide variety of cultural programs.

In its first 25 years, the Centre has established itself as one of the region’s most important cultural institutions addressing the Franco-American experience. Although specializing in the French-Canadian immigration experience, the Centre also strives to connect Franco-Americans, other people of French heritage, and anyone interested in French culture, with the international francophone world.  Since 1990, the Centre has presented to the public a steady and far reaching program of art and historical exhibitions, French language classes, lectures, tours, festivals, social events and concerts.  In 2004, it also became the Alliance Française de Manchester, the sole Alliance Française in NH.

One cornerstone event among the Centre’s annual activities is the St-Jean-Baptiste celebration.  “La Fête St-Jean-Baptiste” as it is known, has both religious and secular significance in Quebec.  It is the day dedicated to St. John the Baptist, the patron saint of French-Canadians and Franco-Americans, as well as being the National Holiday of Quebec.  The celebration of this event took many forms over the years and was coordinated by La Fédération Franco-Américaine de NH and, later, the New Hampshire Franco-American Council. Shortly after the turn of the century, the Centre agreed to take over the coordination of this important commemorative event each year.  At that event, the Franco-American of the Year is recognized.

A key project during the first 20 years of the Centre’s existence was the preservation and improvement of its historic building at 52 Concord Street in downtown Manchester.  The building was constructed in 1910 for a Franco-American social club.  It was acquired by Association Canado-Américain (ACA) in 1929, which later modified it into its present neo-classical form.  The Centre purchased the building from ACA in 1990 and occupied that space until 2010.  The building housed an art gallery, meeting rooms for French language classes and other programs, an auditorium, offices, and archival storage spaces.

Another key project of the Centre was to preserve and make available to the public the books and archival materials of the ACA library.  The ACA library (known as the Institut Canado-Americain), compromises an estimated 35,000 primary and secondary documents and 12,000 books.  It is one of the most extensive repositories of materials related to the Franco-American communities of New England and has been an essential research resource for over 70 years.

In 2010, the Centre entered into a collaborative relationship with Saint Anselm College in Manchester, NH.  The Centre’s offices were moved to the college campus and campus space was made available for many of the organization’s classes and activities.  The library and archival collection was transferred to the college’s Geisel Library which was better equipped to preserve the works and make them available to researchers and academics worldwide.  The Franco-American Room was established at the library for use by college students, Centre members and the general public.

The sale of the 52 Concord Street building in 2014 has paved the way for the organization to develop a larger statewide footprint. Looking towards the future, the Centre continues to add diverse programs and classes that meet the needs of the next generations of Franco-Americans.  The organization is expanding its activities throughout the state and envisions continued collaboration with Saint Anselm College to develop an Institute for Franco-American Studies in coming years.  The Centre remains a vibrant promoter of French language and culture – Preserving the Past, Celebrating the Present and Building the Future.