We are here to help!

Below are links to the websites for artists, artisans, authors and shops where you can find something that might just make that special Franco in your life say a big Merci! 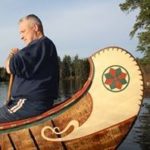 Two implements of indigenous invention were supremely important to the French in New France : the birchbark canoe, and the snowshoe. Daily seasonal activities, travel, exploration, and the highly profitable fur trade would have been inefficient without them. A native speaker from francophone majority Greenville NH, Henri has been self employed for 50 years in the building of birchbark canoes [and snowshoes in earlier years], and more importantly has devoted much of his life to researching manufacture and use of these implements among four Native tribes in Quebec. In 1977, he and associate Todd Crocker founded the Trust for Native American Cultures and Crafts, a 501c-3 non-profit foundation, dedicated to this work. Information on their videos and book on these subjects can be found at the following links : 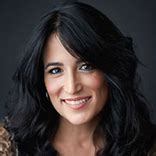 Marie-Josée Duquette has been the Culture, Francophonie and Academic Affairs Attaché for more than 3 years at the Québec Government Office in Boston. Born and raised in Montreal, Qc, she has lived in the Boston area for over 12 years. She has published two books in French in Quebec; “Une Québécoise à Boston (2017)” and  “Histoire d’une vie trop courte (2015)“.  Her home is as much in Quebec as in New England.

Janis Hennessey is a children’s book author.   She has written 3 series for children of all ages. Janis hopes the stories she imagines will ignite the joy of reading in each child.

To learn more about Janis and purchase her books:  www.janishennessey.com

Robert B. Perreault has worked as a research assistant/oral history interviewer, librarian/archivist, freelance writer, historical tour guide, public speaker, photographer, and conversational French teacher to promote Manchester’s history and New England’s Franco-American culture since 1973. His works of nonfiction and fiction, written in French, in English or in both languages, include seven books and more than 150 articles, essays, and short stories published in the US, Canada and France. Perreault holds an MA in French with specialization in New England Franco-American studies from Rhode Island College and an MFA in Creative Writing/Fiction from SNHU. In June 2012, Manchester’s Centre Franco-American named him “Franco-American of the Year.”

Emilie-Noelle Provost is a writer, editor, and author who lives in a northeastern Massachusetts mill town—the same one that Jack Kerouac was from—with her husband, daughter, and three crazy rescue cats.

Throughout her career, Emilie has worked as an editor for five magazine titles and has written hundreds of articles as both an editor and a freelancer. She was also the editor in chief of a media company for five years.

Emilie has published several short stories in various magazines, journals, and anthologies, and is the author of The Blue Bottle (available on Amazon). Her second novel, The River Is Everywhere, will be published in March 2023 by Vine Leave Press (to order).

To learn more about Emilie: emilienoelleprovost.com 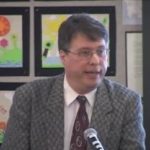 David Vermette is a researcher and writer who studies the history and identity of the descendants of French North America. He has been an invited speaker at universities and historical and genealogical societies. Vermette is a third generation Franco-American from Massachusetts.

To purchase his book: A Distinct Alien Race

Joe Deleault is an award winning international performer, composer, and session pianist who proudly celebrates his Franco-American heritage  through music.

To learn more about Joe and purchase his music:  joedeleault.net

To learn more about Lucie, check out her Facebook page.

Josée Vachon has been sharing her Franco-American upbringing for over 25 years through traditional and contemporary folksongs from Québec and Acadia and through her own compositions.

To learn more about Josée and order her CDs :  joseevachon.com