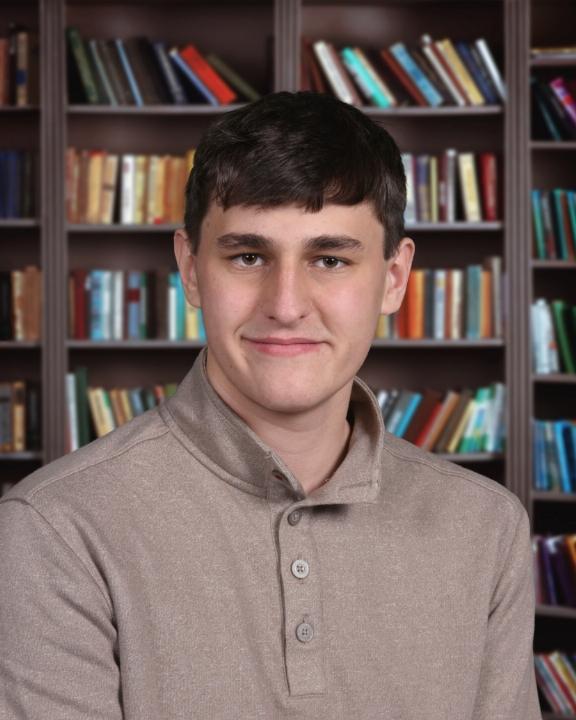 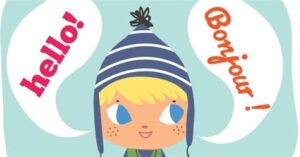 When someone thinks about being biliterate, they often have a narrow focus of what possibilities this opens them up to. When I first started to explore the opportunities presented by being biliterate, I was focused on travel opportunities, teaching the language, and other bare-bones ideas about the benefits of multilingualism. This perception, however, is incredibly flawed and ignores the major benefits of understanding two (or perhaps more) languages. One day last fall, my perception was permanently altered by a seemingly mundane event. 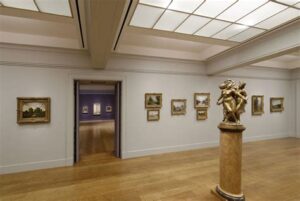 Last fall, a group of students in my high school’s French Program visited the Clark Art Institute in northern Massachusetts. At the Institute, they have a full art museum where they give guided tours and foster interest in higher education in the field of art. The museum possesses some unique pieces of art, ranging from around the world and spanning several centuries of history. At the Clark Art Institute, they have a team of docents, who act as tour guides through the museum, that speak a variety of languages. Our docent, Sylvia, was fluent in French and provided a bulk of our tour in French. During the tour, I became enthralled by the idea of using French in this way; it was such a unique way to use the French language in one’s everyday life, far beyond what I had ever imagined as possible.

After our tour, I reached out to Sylvia about an interview, which she agreed to participate in. This interview provided me with even more insight into how Sylvia used language in her everyday life. I began asking her about her experience with language as a docent. She expressed how being bilingual had helped her connect to the people that she was giving tours to. Not only could she provide information about the art, but she could provide vocabulary about art in French. This idea of using language to connect with the people around you resonated with me; it was this major revelation that actively changed my perception. I began to understand, almost immediately, that language was more than just traveling or teaching: it could foster personal connections. 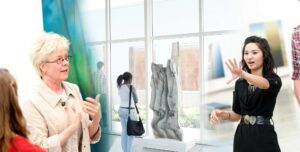 Sylvia didn’t start learning language to become a docent, and that’s not the only place she has used it, either. Somewhere that she was most proud of using the language in her life was with her kids. As she raised her kids they traveled back and forth between France and the United States, exposing them to the language and culture of both. Because of this, French has long been ingrained in the life of Sylvia’s children, providing them with that cultural connection that she fell in love with. Once more, this brought new ideas of biliteracy and bilingualism to my mind. It seemed so fundamental to one’s life to learn a new language, to become invested in connecting with others via language and experience.

Sylvia opened my mind to a more complete understanding of how bilingualism, and biliteracy, is useful in life. It is my goal to pass this message on to others. When I consider the way that French has changed Sylvia’s life, I find a powerful story that moves me to continue my own study of language, something that I hope to pass on to the people around me now and in the future.