If you look up biliteracy in the dictionary, you’re going to get the bare essentials of a definition: “the ability to read and write proficiently in two languages.” Bilingualism is a similar concept but applied to more speech and comprehension. A person who is biliterate is, inherently, bilingual; a person who is bilingual, though, is not inherently biliterate. Biliteracy and bilingualism, therefore, are two foundational components of language-learning and proficiency. Both serve, in a way, as an end goal of learning a language. 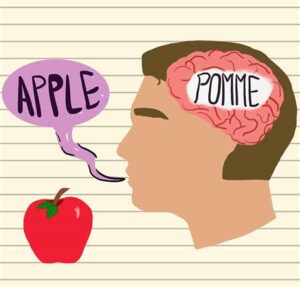 The concepts of biliteracy and bilingualism, however, are much more than their dictionary definitions. For many people, biliteracy is a way of life. When someone is biliterate, it is entrained into every fiber of their being. As a student of language, I have personally witnessed how biliteracy affects the people around me. Many of the biliterate people around me have pride in their languages and desire to spread their language to others. Often, they develop a passion for the culture of their languages. Being biliterate, it seems, fosters growth of a personal self. This is truly what biliteracy is: a development of one’s personal self through language.

Language, Biliteracy, and Yourself

At this point, you may find yourself asking “Okay, but what does this have to do with me?” The answer, quite simply, is: a lot. Biliteracy is possibly one of the most crucial skills in all of society. Almost every imaginable career requires some form of biliteracy or could be bolstered by the inclusion of biliteracy. Imagine a doctor’s office, where a tourist comes in, unable to properly express their needs to the medical staff. What if a nurse there spoke that language? Or even a doctor?  This person would now be eligible to receive potentially life-saving medical attention. Not everything is life or death, obviously. Imagine a businessperson who can speak two languages. This opens opportunities for communication with more companies or customers. Being biliterate can field possibility in your career, propelling you farther in life.

Beyond your career, biliteracy is about personal connection, as we established above. For many people, biliteracy was

natural, as their parents or grandparents spoke another language as their native tongue. Biliteracy, then, was how they communicated with their family. Even more, biliteracy opens your ability to communicate with others. If you can speak two languages, then you can communicate with anybody who speaks either of those languages. Imagine the potential you have just tapped into. Your future can be changed by anyone, and they just might speak another language.

Fostering Biliteracy in New Hampshire and Beyond

How do we build up biliteracy then? Well, there are a million possibilities to start. One of the first steps to take, I

believe, is educating our youth. Literacy and proficiency in languages are easier to obtain at a younger age. In the US government, a bill regarding biliteracy being integrated into education was recently discussed. You can check out this blog for more information on this act. Raising awareness in general, though, is also an important component in bringing biliteracy to more people. If more people know about biliteracy, particularly its many benefits, then more people will likely become interested in it.

The most important part of fostering biliteracy, however, is community effort.  One person, nor one organization cannot foster biliteracy statewide, never mind nationwide. It will take the effort of entire communities to promote biliteracy and change the world. That, truly, is the goal of this blog, to begin a discussion on biliteracy in our community.

The goal of the Franco-American Centre of New Hampshire is to promote history, culture, and education of the Franco-American populations in New Hampshire and around the globe. This new series, “Discussing Biliteracy,” will bring together people of our community, all from various walks of life, to discuss the importance of biliteracy and their own experiences with biliteracy. In the end, I hope to show you that biliteracy truly does foster personal growth and opportunity.