The recipient is recognized based upon demonstrated successes including, but not limited to:

Contribution to French life in NH, through promotion of French language, culture and heritage
Contribution to the larger community, either local or regional, through civic involvement and engagement

The recipient embodies the celebrated values of Franco-American heritage:

The honor is usually awarded based upon the recipient’s contributions over a period of years. In certain situations, the award may be given based upon some exemplary accomplishment during a more limited period of time.

2022 Franco-American of the Year 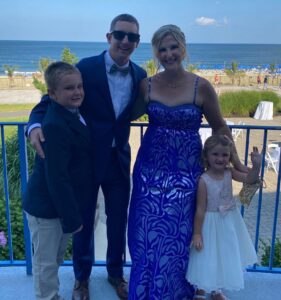 Timothy Beaulieu grew up in the North End of Nashua in a time of transition for Franco-Americans. Timothy was not immersed in the language and culture like many past Franco-Americans of the Year. He was largely unaware of the culture until his mid-20s. He was inspired to get more involved after spending afternoons driving his grandfather around to run errands. These conversations were an inspiration to him.

Timothy got involved with the Franco-American Centre (FAC) in 2014. Since that time, he has been involved in many Franco-American Centre programs and committees including serving as a trustee from 2015-2021. Beyond his involvement on the board, he chaired the FAC Program Committee, established the FAC YouTube channel and initiated the Euclide Gilbert Foundation French language video contest. Most recently, he was a contributing author to the book “French All Around Us: French Language and Francophone Culture in the United States”

Timothy is perhaps best known for his work establishing and growing NH PoutineFest, an FAC signature event and the largest celebration of the Québecois dish, poutine, in the United States. The event is designed to appeal to a broad range of people and expand Franco-American culture in New Hampshire. The event has raised funds to support the Franco-American Centre’s mission since 2016.

Congratulations to Timothy and thank you for your dedication and passion for Franco-American heritage!