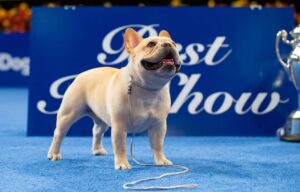 Each year in the US, the National Dog Show airs just after the Macy’s Day Parade on Thanksgiving Day. This year, the Best of Show was Winston the French Bulldog. Winston is the first of his breed to have won this prestigious competition. Winston also competed earlier in this year in the Westminster Dog Show. 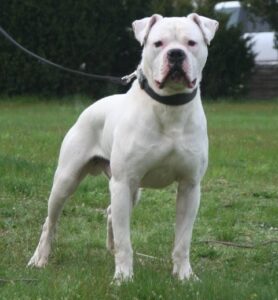 A dog that more closely resembles an original bulldog

The French variety of bulldog is barely related to a true bulldog breed. Bulldogs were originally bred for bull-baiting, an ancient and violent sport where these strong, athletic dogs were unleashed to fight tethered bulls. Their goal was to grab the bull by the snout or ears.

By the 18th century in England, this sport was illegal. In the Nottingham area, breeders had crossed bulldogs with smaller dogs to create the very early ancestors of French Bulldogs. These little dogs became favored by lace-makers in the area, because they made such wonderful companions. 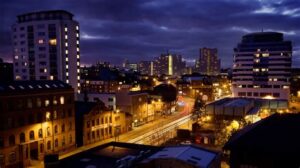 But the Industrial Revolution in England put lace-makers and other artisans out of business. Many of these artisans relocated to Northern France, and they brought their favorite pups with them. The French fell in love with the little dogs, and they became known as French Bulldogs.

The French bred more modern characteristics into the dogs. The big ears, squashed-in noses, and wrinkled forehead became common in the breed at this time. French Bulldogs were one of the first breeds created with cuteness as the most important trait.

Humans have been breeding dogs for centuries. We’ve created dogs that help us hunt, that help protect us, and that work with us in a variety of other ways. But breeders didn’t create French Bulldogs to perform a task. They aren’t particularly good guard dogs, and they can’t hunt, not even rats. They exist for the sole purpose of being cute, furry companions. By the 19th century in France, more people could afford to own a pet just for the  sake of having a pet. 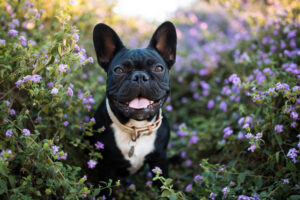 A French Bulldog in a flower garden

French Bulldogs have gotten more and more popular over the years, in France and abroad. They are well-loved here in the US, as evidenced by Winston’s victory in this year’s National Dog Show. The dogs are intelligent, lively, and full of personality, and that has gained them fame the world around.