French cuisine has long been synonymous with high-class, fine dining. It has served as the foundation of international cuisine. Throughout history, however, this culture of food has been consistently transformed in France, ranging from traditional Moorish foods to modern “Haute Cuisine.” The trajectory of French cuisine is an amazingly complex tale, and it has had radiating effects on international food.

In the beginning, French cuisine was largely a reflection of Moorish food traditions due to the proximity of the two cultures. Food was served “en confusion,” meaning that the entire meal was served at once, a contrast to modern cuisine, where each course is served separately. In the medieval times, meat was a massive component of French food. The French enjoyed lots of fish, poultry, beef and pork during this era. 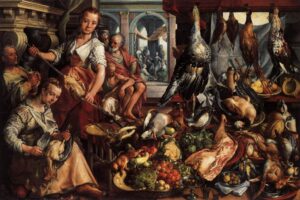 In the most high-class dining, presentation was crucial. Sometimes, game such as peacocks and swans were cooked, sewn back into their pelts, and then their legs and feet were gilded (gold-painted). The French used edible colorants to create visual displays as well. The more effort that went into the visual display, the more sophisticated the meal was considered. The wealthy held banquets of fine cuisine to show their prominence in society. Soon after, however, the French food culture began to change. 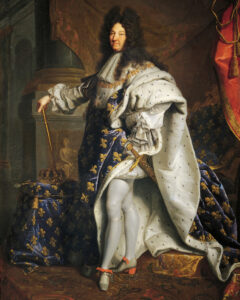 As other European cuisines began to rise in prominence during the 15th and 16th centuries, they influenced French culture. Italy, in particular, provided a heavy influence to French cuisine. When the two royal families joined through marriage, things such as pasta, garlic, and truffles found a place in French cuisine. Particularly under King Louis XIV, French cuisine began to further embody high-class, sophisticated taste. Louis XIV began a trend towards the increased use of fresh fruits and vegetables alongside some of the more delicate elements of his dishes. Most notably, however, French cuisine in this era created the modern eating experience. 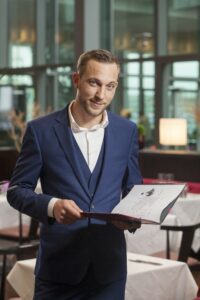 In the last two centuries, haute cuisine has changed to accommodate a changing taste in food. George Auguste Escoffier, a chef and restaurant owner, has been a major player in this change. He fathered the concept of “grand cuisine,” which focuses on combining or deconstructing products within a dish to create a more balanced and harmonic taste. Escoffier also focused on cleaner, more simplistic styling and presentation. French cuisine has, however, changed with the times in recent centuries.

For many years, French cuisine relied on meat and cream-based elements. As the vegan movement has risen globally, French cuisine has come to adapt. Keeping its foundational elements, the French plates have come to include more fresh produce, vegan-friendly options, and, overall, healthier and lighter options. Throughout the years, French cuisine has adapted itself to fit current trends. The future of international cuisine may very well rest on the back of how France transforms its culinary culture. 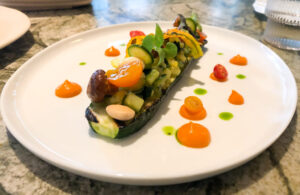