Although mainland France only spans one time zone, Central European Time (CET), the country holds the record for the most time zones in a single nation, with 12 or 13, depending on the time of year. There are a total of 40 time zones across the entire globe relative to Coordinated Universal Time (UTC). Some are offset by fractions of an hour, such as 30 minutes or 45 minutes, contributing to the number being higher than 24. Given that France has territories in 13 time zones, France has some jurisdiction in nearly ⅓ of the world’s time zones. 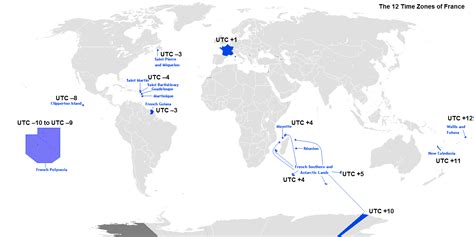 Two countries followed France with as many time zones: Russia and the U.S. Both countries have 11 time zones, because of their large size. The U.S. incorporates other time zones due to overseas territories like Guam and the Virgin Islands. Unlike France, these countries both have many time zones on their mainland, Russia with 11 (all of Russia’s time zones are present on the mainland) and the U.S. with 4.

How France holds this record is not a factor of its size, but rather its spread across the globe. France comprises not only mainland France in Europe but dozens of overseas territories ranging from French Guiana in South America to French Polynesia in the South Pacific. Wallis and Futuna, an overseas department of France, is UTC+12 (12 hours ahead of the International Date Line), while the easternmost point in French Polynesia is UTC-10 (10 hours behind the International Date Line); at the most extreme, 22 hours, nearly a full day could separate two French people. This widespread sphere of influence has allowed France to become a master of time. 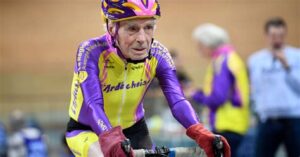 In 2012, French cyclist Robert Marchand set the record for the longest distance cycled in a one-hour nonstop timeframe in his age group. Marchand cycled nonstop for an entire hour at a Swiss competition for seniors over 100. Over the hour, Marchand managed to cycle 22 kilometers, over 14 miles! That is about ½ the distance of a marathon runner. At the time of completion, Marchand was 105 years old. Soon after, he stopped competing for world records due to health concerns. 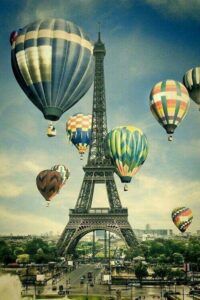 The French are not well known for their military prowess, and often accused of “waving the white flag.” However, the French were the first to use balloons in military warfare, dating back to 1794 in the Battle of Fleurus. This Battle was among the most important in the French Revolutionary Wars and part of the larger Flander’s Campaign. Since 1794, they used balloons in warfare from the Civil War up to WWII. Today, the U.S. uses balloons to detect nuclear bases in foreign countries. Not only was France home to the first balloon warfare, but they also had the most nationalities serving in a single military unit. The French Foreign Legion had 136 countries making up its roughly 7 thousand members.  This record was set in 2007 and has yet to be broken by any other military force.

The Mediterranean region is a hotspot for wine production. Over 50% of the world’s wine comes from countries bordering the Mediterranean Sea, including the top three producing countries: Italy, France, and Spain. According to the World Wide Wine Tours, France produces the greatest amount of wine by volume, accounting for a third of the world’s total wine output. Some sources put France in second with Italy at the top of the list, but no matter the order, France still produces an intoxicating amount of wine. 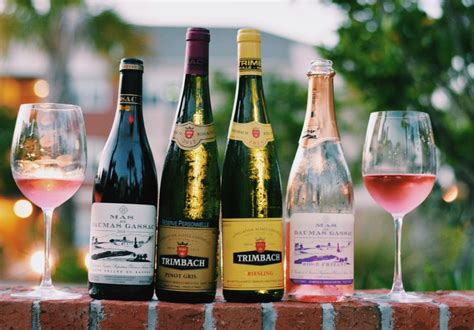 France is also a heavy-hitter in wine consumption, totaling 43 litres per person per year on average. Assuming the average bottle size of 0.75 litres, more than 57 litres per person each year. That means each person in France, on average, drinks more than an entire bottle of wine every week! France does not drink the most, though; the Vatican City actually consumes more wine per capita at an astounding 53 liters per person, more than an entire liter per week.

France is also famous for its restrictions on wine production, put in place under Napoleon II, to ensure quality control. These restrictions, known as AOC, dictate where certain types of grapes can be grown and harvested as well as which wines must come from which region. The most known example of this is champagne, which has to come from the French province of Champagne to be legally declared as champagne. The AOC applies to other types of wines and grapes.