Have You Celebrated Le Réveillon or La Fête des Rois Yet?

If not, it’s never too late for a new Christmas tradition!

In general, celebrating Christmas Day in the U.S. usually involves preparing your gifts for the morning. Everyone gathers around the tree to exchange and open their gifts and then a bountiful lunch or dinner usually follows.

Among French-Canadians and Franco-Americans, the serving of pork pie (tourtière) at the Christmas dinner

table has remained in New England. However, the other tradition of attending Midnight Mass with the dinner afterward, known as “the awakening,” or le réveillon, has become less common with the population becoming more secular.

When the first French-Canadian immigrants arrived in New England during the 19th century, New Year’s Day actually called for more celebration than Christmas, as was the early tradition in Quebec. And so, gift-giving was saved until January 1st instead of Christmas Day.

Le réveillon wasn’t the only dinner to attend during the Christmas season. From Christmas Eve to January 6, families and friends would visit each other for the Feast of the Epiphany, or la Fête des Rois, and enjoy each other’s company during house parties in several neighborhoods in New Hampshire such as Nashua, Berlin, and the west side of Manchester, known for its high French-Canadian and Franco-American population back in the day.

With today’s hustle and bustle, not too many people can dedicate several days to visiting each other but perhaps a small addition to the typical American Christmas Day celebration can be a good start with hosting a réveillon after an optional Midnight Mass or la Fête des Rois on January 6th.

Popular French-Canadian and Franco-American foods include roast beef, gravy, pea soup, gorton (cretons in French) served on toast or crackers, and of course, the star of the show, the tourtière. For dessert, try your hand at making traditional tarte au sucre (sugar pie) to include something sweet after all of that satisfying pork pie and gravy!

It’s never too late to adopt a new Christmas tradition to celebrate our French-Canadian and Franco-American heritage and bring back these great dinner parties! 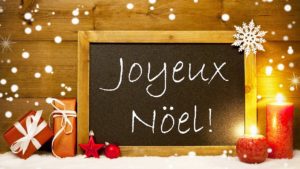