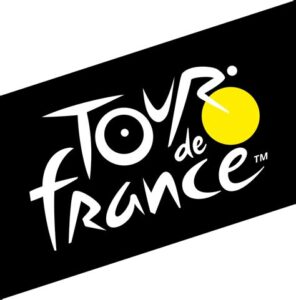 The Tour de France is a prestigious cycling race for the world’s elite bicyclists. It is a 21 stage route. These stages take

place in a variety of landscapes, from the streets of Paris to steep roads through the Alps. The course is traditionally contained to France but sometimes dips into neighboring countries. There are nine riders on each of the 22 teams from across the globe who will compete in this 23-day event. The race will begin on June 26 in Brittany and will be an astounding 3,383 kilometers.

2021, the 108th race, will be a bit different. Teams will have to be bubbled, and individuals will be frequently tested for COVID. Anyone who has a positive test must be isolated. Fortunately, this year’s race won’t need to be as strict as last year’s. And many aspects of the race, such as the four jerseys and the intensity of the competition, will remain the same as they’ve always been. 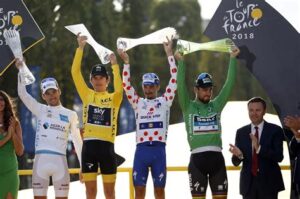 There are also some things about the Tour de France that  many think it’s time to change. Women weren’t allowed to compete in the first race, and they still aren’t allowed to compete today. Other alternative bike races have been created for women in the past, but none were as long or as grueling as the men’s Tour de France, and many didn’t last long. As with many women’s sporting events, sexist beliefs and a lack of press coverage lead to a lack of funding, which means the events cannot continue. 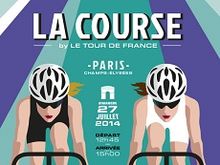 Some argue an event equal to the Tour de France needs to be created for women; others think it would be best to allow women to compete in the main Tour de France. It could be organized like a marathon run, where one group starts ahead of the other. So although they are competing on the same track, their times may be kept separate and they aren’t in direct competition with each other. Tradition is important to this competition, but it is also important that traditions evolve.

These traditions stretch way back. A journalist named Géo Lefèvre created the idea for such competition in 1903 as a publicity stunt to boost sales of his sports newspaper, L’Auto. Lefèvre’s editor/director was a bike enthusiast himself and loved the idea. A 15-hundred mile 6-stage loop around France was developed and on July 1, 60 men began the first stage. Most were French, but a handful of Belgians, Germans, and bicyclists from other nations joined the competition too. 23 riders abandoned the race during the first stage, and only 21 riders completed the race. There was a 64-hour gap between the race champion and the last completer.

Although the race was even more of a challenge than many expected, it was still a resounding success. Sales of L’Auto boomed, and people loved the race so much, it happened again the next summer, and the summer after that. Today, 108 years later, the Tour de France still takes place every summer in Europe.