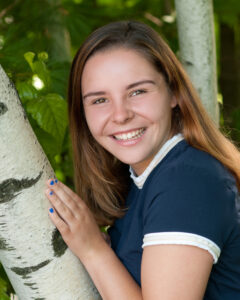 The Musée du Louvre is the world’s largest art museum and holds some of the most famous pieces of art. On August 10th, the Louvre Museum will celebrate its 228th year as a museum and on September 11th, Laurence des Cars will be the first woman director of the Louvre. Before opening as an art museum in 1793, the Louvre functioned as a royal palace for more than two centuries. In the year 1546, King Francis I demolished a 12th-century fortress on the land and began construction of a palace that became his residence. 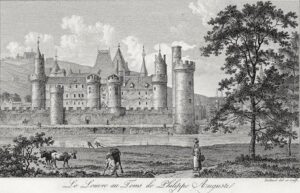 The Louvre Fortress in 12th Century, built by King Philippe Auguste via My Modern Met

King Francis I was a known art collector, causing the palace to double as a house for the King’s collected work, including works by Michaelangelo, Raphael, and Leonardo da Vinci’s Mona Lisa. King Francis built a small portion of the Louvre Palace, with construction and expansion continuing under King Henry II, Charles IX, Louis XIV, and almost every subsequent monarch after. With every new monarch came a larger collection of artwork, creating the collection we can see today at the museum.

So, what artwork makes up the Louvre? The museum houses over 380,000 objects and 35,000 pieces of work in eight departments. The Mona Lisa by Leonardo da Vinci is the most famous art piece featured at the museum. It was acquired by King Francis I in 1518 and was moved to the Palace of Versailles in 1682 when King Louis XIV brought it there. It was not until after the French Revolution the Mona Lisa ended up at the Louvre for display.

Another famous painting featured at the Louvre is Liberty Leading the People by Eugene Delacroix. In his painting, Delacroix depicts Liberty waving the tricolor flag leading a group of men in the Revolution of France. Delacroix completed the painting in 1830, only a few months after the French Revolution concluded in July. The tricolor flag is the same flag held by militia as they stormed the Bastille and now represents the national flag of France. Delacroix has several other works of art featured at the Louvre.

Notable for his depiction of Napoleon’s Coronation, Jacques-Louis David is another must-see at the Paris museum. David is considered the first painter of the Emperor, and his painting Coronation of Napoleon features the event which took place in Notre Dame de Paris Cathedral in December of 1804. The painting was brought sometime in 1807 to the Louvre, known then as the Napoleon Museum, and can be found in the Denon wing today. These are a few of the thousands of pieces at the Louvre, so click here if you want to see all the collections at the Louvre.

Not only does the Louvre contain beautiful works of art, but the grounds surrounding the former palace also contain beautiful statues and gardens. In the Louvre’s main courtyard, you can find the Louvre Pyramid, built in 1988. Three smaller ones surrounded the pyramid and had one inverted pyramid beneath it, which can be seen from inside the museum. Architect Ieoh Ming Pei was commissioned to modernize the Louvre in 1983 and built the courtyard pyramid to mimic the Great Pyramid of Giza.

Beyond the pyramid, visitors at the Louvre can stroll through the Tuileries Garden between the Louvre courtyard, Place de la Concorde, and the Seine River. Le Jardin was constructed alongside a palace in 1564, ordered by Queen Catherin de Médicis. Nowadays, the garden includes walking paths around two ponds. Along the paths, you can find statues built by 20th-century sculptor Aristide Maillol, animal sculptures from August Cain, and contemporary exhibitions by more modern artists. Needless to say, any time spent at Le Musée du Louvre will be time filled with France’s beauty and rich history.