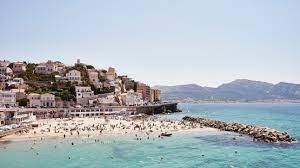 Over two and a half thousand years ago, the Greeks established Marseille, the oldest city in France. Since then, dozens of cultures and ethnicities have called Marseille their home from the Ottomans to fleeing Italians post-WWII. Marseille is also conveniently located near the Mediterranean. It has grown into one of the largest port cities, dealing with the trade of commodities such as wine for centuries. These factors have created a “melting pot,” where cultures come together and blend to create something magical. For Marseille, the cuisine is where this mingling is most evident. From pizza to couscous, everything in Marseille seems to have a foreign flare to the French classics. One of the more notable integreations, however, has been the olive tree. 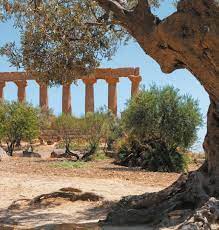 When they founded the city of Marseille, the Greeks brought olive trees with them. They had hoped to spread the plant across the Mediterranean climates of Southern France and Eastern Spain. Both the Greeks, and later the Romans, found olive oil to be an essential component of everyday life. Homer, a famed Greek poet known for works like The Odyssey, described olive oil as “liquid gold.” Quickly, olive oil began to catch on throughout Southern France. Acres upon acres of farmland were dedicated to olive trees and the production of olives. Tradition claims that a family’s third generation would reep the benefits of an olive tree. Thus, young men would plant trees on their farms and hope that their grandsons could harvest the trees. That harvest would typically produce copious amounts of oil and wealth. 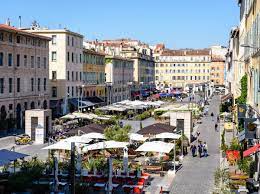 Olive oil is typically thought of a sauce for garnishing, but a portion of most harvests were actually used in the production of soaps. The street Place aux Huiles in Marseille used to serve as a canal for unloading olive oil for soap-makers. Due to a 1688 decree by Louis XIV, the only way soap can be labeled Savon de Marseille is if it is produced in the area using olive oil. To this day, Place aux Huiles is an epicenter of French soap production.

The taste of olive oil in southern France was different as well. According to Olive Oil Times, Pronvençal oils (oils from the region of southern France) have a temperate character, meaning that (to olive oil connoisseurs) there is a fruitier and rustic taste. The growth of the olives is impacted by the wet, cool winters and blazing summers. This makes Provençal oils decidedly unique in the world. 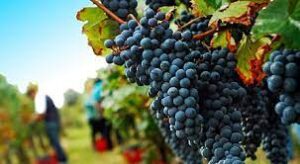 In the 1800s, nearly 26 million olive orchards could be found across France. This number had been reduced to just 3 million by the 1970. One of the biggest impacts on olive production in France was a destructive freeze in Provence during the winter of 1956. When the freeze wiped out millions of olive orchards, farmers chose to replant grapes instead. Since the olive oil industry became more widespread and prosperous, smaller farmers couldn’t keep up with large orchards. Alternatively, grapes provided them with the ability to produce wine. Thus, switching to grape vineyards made their families more financially sound. To this day, olive oil production in France has not returned to its former capacity.

Around the 1990s, a slight resurgence in French olive oil production occurred. The discovery of the French paradox was a significant motivator of the resurgence of production. The paradox describes how the French eat high-fat diets and drink copious amounts of alcohol while staying healthy and fit. Olive oil could actually help balance good and bad cholesterol and contribute to the healthy lifestyles of the French people. As such, olive oil production in France spiked once more, though nowhere near its former peak. Instead of emphasizing quantity of oil production, France has recently shifted its focus to quality. Now, the country produces some of the most exquisite olive oil in the world. 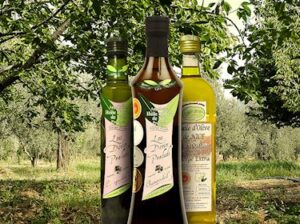 Today, France produces about 5,000 tons of olive oil. Of all that oil, nearly 90% is extra virgin (oil produced without chemical treatment and with very low acidity levels). All of this oil production accounts for about 1% of world consumption, which is at an all-time high. The AOC (Appellation d’Origine Conrollée) designates the standards and regions of growing for olives throughout France, confining a vast majority of its production to the very regions where it began: Southern France.