Asia is not typically perceived as a hearth of French language and culture, but “Jum reap soo a” (Hello) and “Bonjour” are often heard alongside each other in Cambodian streets. The French language is spoken throughout Southeast Asia, particularly in Cambodia, Laos, and Vietnam. The French arrived in Asia during the Age of Exploration, while French explorers were making claims in the territory of French Indochina. Since then, French language and culture have had a massive impact on the region. The opposite is true, as well. Asian dialects of French have risen from this region. The Asian dialects are strikingly different from each other, despite their geographic proximity.

Vietnam has the most prominent French dialect because it cooperated with the French government to preserve the French language. Such

preservation efforts have allowed the French language and culture to prosper in Vietnam, even in the present day, despite larger efforts to remove French from Southeast Asia. A massive educational movement, funded by the government, has recently taken effect in Vietnam. Often, the International form of French is taught in schools and universities throughout the country. In these higher institutions of learning, French has found its home in Vietnam. They cover Vietnamese media in traditional Vietnamese and French to reach the entire population. Le Courrier du Vietnam is one of the largest newspaper organizations in Vietnam, and it is written in International French. This mingling of French and Vietnamese has created a distinct dialect of French in the country.

The Tây Bồi pidgin dialect formed in Vietnam for the Vietnamese working class to speak with the French elite, particularly when they worked as housemaids or servants. The language mixes with the French grammar rules to create a different form of French more accustomed to the traditional rules of the Vietnamese people. At this point, the pidgin dialect drew heavily from Chinese grammar rules. Often, it was a change in word order or the type of speech used. Another massive influence on pidgin was the use of pidgin by uneducated workers. This may have led to the use of non-traditional parts of speech in sentences. 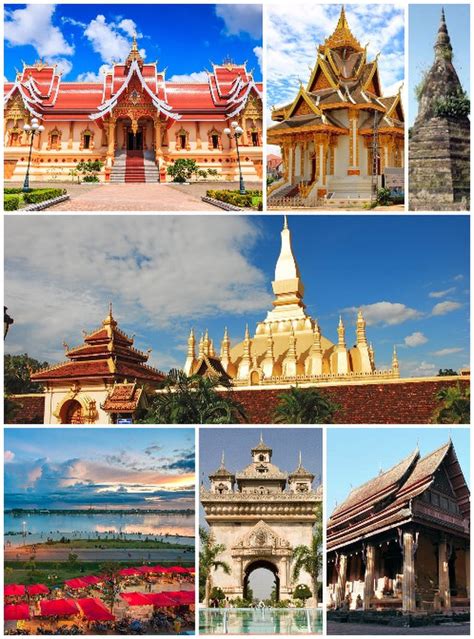 Laos is home to the second-largest group of French speakers in Asia, attributed to its seclusion in the early 20th century. Following decolonization, Laos secluded itself from much of the world, taking a fairly cautious approach to entering the global stage. But French did not experience a massive rebuttal in Laos as it did in the other Southeast Asian countries. In fact, after coming out of its secluded period, Laos built strong relationships with countries like France and Canada, cementing it in the French cultural family. The French obviously influenced the capital of Laos, Vientiane. Besides the bustling streets with cafés on every corner, the city’s architecture reflects older French architecture and development. The medicinal and legal services in Laos are often conducted in French, while English makes up the financial and trade sectors.

Laos is home to the most unchanged form of French, remaining fairly modern and unchanged from International French. Some words from the traditional language, Lao, have been traded between the languages, but those are minimal. All this exchange is limited to the topics of traditional culture, foods, flora, and fauna. This creates an interesting subset of the dialect to specifically refer to traditions, allowing the people of Laos to preserve their culture in their language. Often, Laos French simplifies some words to generalize things. One example is the word rue, which strictly refers to a road in French. In Laos, however, any street or avenue is referred to as une rue.

Cambodia has the smallest proportion of French speakers in all of Southeast Asia. This is due to a few factors, including their cultural reforms following independence movements against the French. Since the late 20th century, Cambodian has been the official language of Cambodia. But French predates that by at least a century, arriving in the 1800s. Yet, it is in Cambodia where French has been altered the most by neighboring languages. While no widely known pidgins arose, as they did in Vietnam, Cambodia altered their dialect of French by combining words, phrases, and sentence structures from several neighboring areas. Most prominently, Cambodian French mixes International French, Cantonese Chinese, and Teochew Chinese. This use of Chinese languages occurred mostly in the Chinese interaction with Cambodia during the heights of its communist rule. 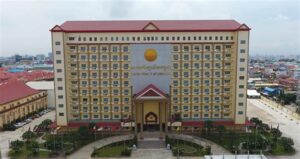 Despite the efforts of Cambodia to rid themselves of the French language and culture, invasions from Vietnam reintroduced them to it in 1993. Despite this, the Cambodians remain critics of France and the French language. Education is the largest sector in which they practiced French in Cambodia. Many consider universities, particularly in Phnom Penh, to be the place where French’s legacy lives in Cambodia. Phnom Penh is indeed the largest French-speaking city in Cambodia, and as one of the largest cities in Cambodia at large, it holds many universities. French is also a global language; its uses provide important avenues for communication worldwide. Tourism is also a major industry that uses French, as French natives and other French-speaking citizens around the world flock to Cambodia for their luxurious beaches.

Another avenue for French is media, much like in Vietnam. Although there is only one newspaper in French throughout the entire country, it is widely known and read. The Cambodge Soir is an evening newspaper that recaps Cambodian events in French. A second newspaper, Cambodge Nouveau, went out of business in 2010 due to a variety of reasons, including decreased readership. Much like in Vietnam, most media is often presented with French options, or with French subtitles to access a wider audience. Cambodia, and Southeast Asia at large, has had a difficult and tumultuous relationship with the French language, but they have made efforts in every country to keep their own history alive. Because of this, each has made efforts to preserve the French language, while holding their own unique dialect. This diversity is a true celebration of the wide array of countries that speak French. À bientôt! 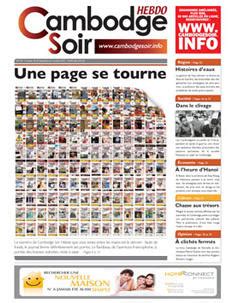