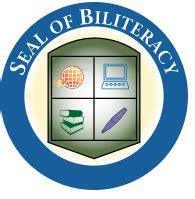 One of the biggest goals of the Franco-American Centre is to promote the global spread of French and the heritage of Franco people worldwide, especially in New Hampshire. Part of this is promoting bilingual education and biliteracy, including school children at all levels. The BEST Act aims to increase biliteracy across the country and interests the FAC. We would like to thank Senators Jeanne Shaheen and Maggie Hassan of New Hampshire for their time and diligence in answering our questions about the Act and its progress in the Senate.

What is the BEST Act?

On March 10th, 2021, Senator Brian Schatz of Hawaii introduced the Biliteracy Education Seal and Teaching (BEST) Act in the United

States Senate. Senator Jeanne Shaheen of New Hampshire was an original co-sponsor of the bill. This bill proposes the introduction of state grants which can be renewed every two years; the grants are to be used in the updating, expansion, and implementation of Seal of Biliteracy Programs. Seal of Biliteracy Programs (Seals) is used to assess literacy in two languages, one of which must be English.

According to the official website for the Seal of Biliteracy, forty-two (42) states and the District of Columbia currently have an approved Seal of Biliteracy at the state level. New Hampshire implemented the Seal in September and administered its first test in Spring of 2021. Manchester, New Hampshire independently began a Seal Program in 2016 and has already awarded 150 seals to graduating high school seniors. 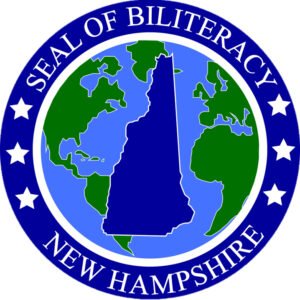 An additional six (6) states have bills to establish Seals under consideration. Only Wyoming and South Dakota do not have official bills in circulation, but the Seal’s establishment is a work in progress in both states. The BEST Act’s goal is to create a federal program to fund these state Seals. Jeanne Shaheen says the BEST Act, “if signed into law, would create a federal program to support states’ Seal of Biliteracy program.” These programs would help boost language learning across the nation, which has significant impacts on many aspects of society as a whole.

Senator Shaheen, a former public school teacher, says language learning will “enrich our students’ education and cultural competency and strengthen our security and competitiveness in the globalized economy.” The Senator strongly believes this bill will expand education opportunities for children and allow them to prosper in the global economy. She also noted that this bill “signals to students across the country that language skills are important and marketable skills, and it encourages students to take {language courses}.”

The Bill & Its Journey

During its introduction in March, the BEST Act was read twice on the Senate Floor. Then it was referred to the Health, Education, Labor, and Pensions (HELP) Committee. Neither Shaheen nor Schatz are on this committee and thus have no role in its momentum. As of writing, the Bill has

not been acted on since its introduction. Maggeie Hassan of New Hampshire spoke of her support for the Bill: “I will continue to work to ensure that our students are equipped with the necessary skills to thrive in the 21st century. In the global economy, speaking multiple languages can be one of those critical skills.” Hassan noted that she will look for opportunities to work “across the aisle” in order to pass this bill.

Although the bill is no longer in her hands directly, Senator Shaheen says she will continue to support it as well: “As a cosponsor of the BEST Act, I will continue to voice my support for this legislation.” If the bill passes the Senate, it will move on to the House of Representatives, where it will be debated and voted on. Any amendments can be proposed and added to the bill. Once the same bill has been approved by both chambers of Congress, it will be sent to the President for signing. If the President approves of the bill, he will sign it into law. President Joe Biden made no official statements on his stance regarding the BEST Act.

Bringing it Home: How the BEST Act Will Impact New Hampshire

Coming from New Hampshire, Senator Shaheen says she has witnessed plenty of bilingualism around her. She expressed the unity of the Franco-American community in New Hampshire: “New Hampshire has a strong Franco-American identity, which I experienced early on… When I ran for Governor, we even ran ads in French to reach French-speaking communities.” When she was in high school, Senator Shaheen said she studied French as well. This exposure to bilingualism and biliteracy has influenced her decision to support this bill.

New Hampshire has already implemented a Seal of Biliteracy, as of Spring 2021, after being approved by the Commissioner of Education in September 2020. Senator Shaheen says she hopes “to use the success of this award in New Hampshire to advocate for the BEST Act and work with Congress and the Biden administration to expand education opportunities for language proficiency in New Hampshire and across the country.” Senator Shaheen also noted other states have had successful implementations of the Seal as well, including Arizona, New Mexico, Utah, Washington, and Hawaii.

How to Support the Bill

If this bill is important to you, please reach out to your local senators and/or representatives.

“Teachers and {language} advocates can support the BEST Act by publicly voicing their support for this bill, as well as by sharing new data and information regarding the benefit of {biliteracy} for students and schools.” – Jeanne Shaheen