What is the Enlightenment? 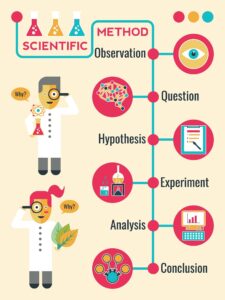 The Enlightenment began around the mid-1600s in Western Europe. It grew into a larger movement that lasted through the 1800s. The movement was born out of growing ideas of skepticism over traditionally-held beliefs. Thinkers of the Enlightenment chose to propose new social, political, economic, and scientific ideas to the public. In fact, as the philosophers of this era began to produce work, they developed the “scientific method” to ensure that their works and theories had met rigorous standards of proof. The ideas of the era were mostly bred from logic and reasoning as opposed to traditional religion and customs. Most of the world today remembers the Enlightenment for its vast array of scientific discoveries and advances. People like Galileo Galilei and Sir Issac Newton contributed to an ever-growing understanding of the world around us. Galileo is often credited with significantly advancing our knowledge of astronomy. He worked to prove that the world was not centered around the Earth but in fact was heliocentric (centered around the Sun). In the modern world, we can still see flaws in Galileo’s thoughts, but his proposal of these logical ideas was in direct opposition to the traditional way of thinking. 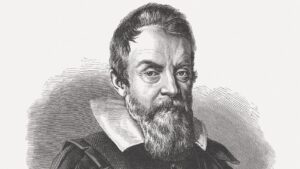 Sir Issac Newton was perhaps one of the most influential figures of this era. He devised  the foundational theories of gravity and also went on to further the world’s knowledge of calculus, a branch of mathematics that is fundamental to modern science. Many other people also proposed ideas in various scientific fields including Francis Bacon, René Descartes, and William Herschel. What all of these people had in common was that they sought to explain the natural world around them with logic and reasoning as opposed to folktales, religion, or word-of-mouth stories.

Another well-known branch of the Enlightenment is the area of philosophy, specifically on matters of government, power, and the Church. Across Europe, philosophers like John Locke were forming new ideas about how a government should rule over society. One of the most notable creations was the “Social Contract,” which argued that the citizens of a nation held natural rights. These rights that could not be violated by any government at any time.

In France, Jean Jacques Rousseau became a leading figure in popularizing this theory of government. Also in France, philosophers like Voltaire, Montesquieu, and Diderot began to form collections of their own works. Among this group, Voltaire stands out as one of the only philosophers who was willing to openly criticize the Catholic church and its role in government. Voltaire self-identified as a diest, meaning that he believed in a higher being, but was unattached to any religious institution. Through dozens of essays and letters, Voltaire developed many critical ideas of the Enlightenment era. These include freedom of speech and a separation between the church and state as well as the freedom to practice whatever religion you wanted.

Montesquieu also held some additional ideas about the functioning of government, most notably championing the division of government into several branches. Particularly, a legislative and an executive branch. Many of the ideas of the Enlightenment-era philosophers would prove to be fundamental in the “Age of Revolutions” that would occur towards the end of the 18th century. 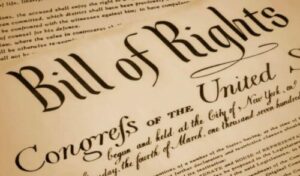 As more and more philosophers began to advocate for changes in how the government was structured, some key events began to spring up. The first sign of revolution occurred across the Atlantic, in the British colonies. The ideas of European philosophers, particularly French figures like Voltaire and Montesquieu, helped form the identity of the United States as it began its fight for independence. There are clear links between language in the United States Constitution and Bill of Rights and to key philosophers of the Enlightenment. The First Amendment, which protects the freedom of speech and religion, summarizes many of Voltaire’s strongest points. The United States was not where the revolution ended, however.

By the beginning of the 1780s, France was undergoing its own revolution. The people began rejecting the oppressive control of the monarchy and substituting it for the ideas of government formed during the Enlightenment. The Enlightenment had taken direct aim at many of the top French institutions. This provided the sparks for the long and violent revolution. Another revolution that can attribute its roots to the Enlightenment is the Haitian Revolution. This was the first successful slave revolution in history. In Haiti, enslaved Africans and Caribbean-natives believed that the Enlightenment ideas should also apply to them as well. Overall, the Enlightenment itself had immense ramifications across the world. It created a new philosophy of thought and established several modern-day governments. 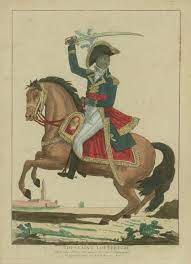