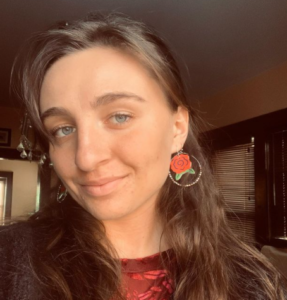 Post-Impressionist art started as a backlash to the unstructured paintings that were prevalent during the Impressionist period. Post-Impressionist art takes the vibrant colors and ideas that the art community was used to in the Impressionist movement and transformed them into a new style by focusing on the structure of the piece rather than the style. This isn’t to say that all pieces from the period were inherently realist. Different artists were still able to put their own personal touch on their artwork and created their own niche in the style, and even influenced other artists to follow their model. Nevertheless, all of the post-Impressionist paintings were alike because they had key artistic aesthetics that set them apart from other movements.  Each artist was able to explore their own styles through the movement because of the acceptance that was had for new forms of art during this period. Eventually, some of the different styles branched off into being key points of their own movements. Veering away from the Impressionist style and embracing the new in post-Impressionist helped the art world continue growing and ever evolving.

Paul Cezanne was the father of the post-Impressionist movement. His paintings focus on vibrant structure. Breaking away from the wispy designs of the Impressionist style and embracing the new structure created a catalyst in the French art world and gave other artists the confidence to try new styles within their art as well. His work was also a beginning in stirring the style of Cubism and Fauvism. Cezanne stepped away from the norm of Impressionism and was able to explore darker tones in a still vibrant and structured way. One of his most famous painting locations was at Mont Sainte-Victoire, which sheltered Cezanne’s hometown. Undeniably a landscape painting, the shadows and shapes seen throughout the many different versions of Cezanne’s famous paintings show the stylistic choices that make each painting unique for the viewer. 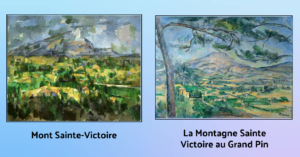 Paul Gaugin was another important member of the Post Impressionist movement. Gaugin was also one of the first famous artists to travel far to capture the essence of his paintings.  He studied primitivism and wanted to capture that within his art. His paintings were influential to many members of the art community because of his vibrant use of color, flat planes, and distorted style. In his painting “Still Life with Three Puppies,” the distortion of his style is seen in the two dimensional cups and dogs drinking from the bowl. Even though Gaugin was untrained his unique style and subject matter created a lasting impact on the movement and the future of art history. His pieces had such a vibrant style and impact that they created a lot of stirring in the artistic community of Paris. Gaugin eventually permanently moved to Tahiti in the continuation of focusing on creating art in his unique style.

Henri Matisse had a similar distorted style but focused on abstract subjects. While Paul Gaugin was not fully accepted in the artistic community of Paris, Henri Matisse was. He is still a leading figure in modern art because of his fantastic use of color and personal style. His work also led the way into Fauvism and played a huge role in modern art. The piece below is called The Green Line. Matisse painted this portrait of his wife in an untraditional way by changing the shading away from the norm. He experimented in a lot of his work and was not scared to step out of the status quo in pursuit of his art. This is one of the key themes of post-Impressionist art.

Georges Seurat was another member of the Post Impressionism movement who had a revolutionary impact on art throughout history. Seurat used an intricate style of pointillism to create the structure in his pieces. Pointillism is a

painting technique where tiny dots are used in specific patterns to form an image. George Seurat was one of the first people to capitalize on this technique and do it professionally. Here is an example close up of the composition of his painting, “A Sunday Afternoon on the Island of La Grande Jatte.”  The dots throughout created a mystical but structured complete design.  Below is the full painting, created all just through a series of dotted patterns!

The Post Impressionist movement was a way for artists to expand their repertoire and embrace art in all of it’s unique forms. By embracing these new styles, the artists created their own niche in art history and for some even led to new movements of art with others embracing the new technique. Paul Cezanne stepped away from Impressionism and in doing so paved the way for others to be even more adventurous than him with their artistic expression. Paul Gaugin spent his life studying new cultures to create unique art. Henri Matisse spent his career finding and embracing his own style, which eventually led into the embrace of Fauvism by the next generation of artists. George Seurat even coined his own movement, Pointillism, and style by taking a risk and studying the intricacy to patterns and light in his paintings. The different styles of Post Impressionism show how important stepping out of a comfort zone is for an artist and for future artists to study.