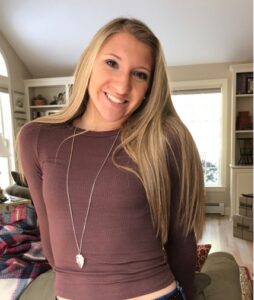 The movies discussed in this article contain scenes of violence and mature content and are meant for mature audiences.

Movies at our fingertips

The film industry continues to rapidly expand and evolve.  With the rise of streaming services and technology such as Netflix, Amazon Prime and Hulu (just to name a few!) viewers all over the globe can access more international films than ever before. This ease of access has made international and foreign films more popular than ever, including French films!

The Francophone world is wide and varied.  Each of the 80+ French speaking countries has a unique culture and stories to share.  As such, it is impossible to encapsulate all French films in one category.  So, let’s take a peek behind the curtain, or in this case behind the screen, at three recent films to get a taste of the world of French cinema.  Perhaps you will discover a gem for your next movie night (or two… or three…)! 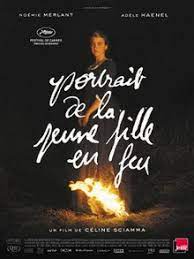 The 2019 award-winning drama, Portrait de la Jeune Fille en Feu (Portrait of a Lady on Fire), is a historical romance set in Victorian France.  It tells the story of a love affair between two women- an aristocrat named Héloïse (Adèle Haenel) and a painter named Marianne (Noémie Merlant).

Héloïse, who does not want to marry, refuses to sit for her wedding portrait.  Her mother therefore commissions Marianne, who poses as a companion for Héloïse, to paint the wedding portrait in secret.  The film uses art as a love language between the two women and the painting carries a symbolic meaning of deep emotions and desires throughout the film.  It immerses the audience in the characters, their relationship, the setting, and everything in between. 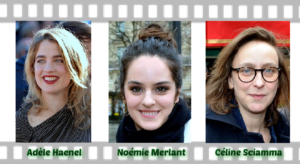 Adèle Haenel (Héloïse) is a talented and decorated actress who has garnered several nominations.  She has won two César Awards and a Lumières Award as well as accolades at several film festivals.

Noémie Merlant (Marianne) gives a breakout performance in this film for which she received a César Award nomination and won the Lumières Award for best Actress.

Céline Sciamma (writer & director), received several accolades with Portrait de la Jeune Fille en Feu. The film won the Queer Palm, which is an accomplishment in and of itself, making Sciamma the first woman in history to receive this award. Sciamma also received the Best Screenplay award at the Cannes Film Festival for this film.

Overall, this cathartic historical drama is well worth the watch! 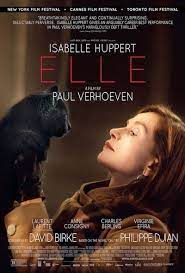 Adapted from the Novel “Oh…” by Philippe Djian, Elle is a fast-paced film that goes beyond a story of revenge.  This 2016 award-winning thriller/drama is directed by Paul Verhoeven, has a strong female lead and a killer plot. It will definitely prick the minds of all its viewers.

When a video game company CEO, Michèle Leblanc (Isabelle Huppert) is sexually assaulted by a stranger, she does not report it to the police and takes matters into her own hands. The hunt and the characters become more complex as the story moves along, and the psychological thriller aspect of the film comes into play as we follow Michèle on her chase towards avengement.

This film delivers several successful motifs, such as the strong, successful, and determined female character, and the mystery of seeking retribution through a wild chase that constantly flips the roles of predator and prey. Not only does the film present these motifs, but the film also goes even deeper with their meaning to this specific film that gives the audience a lot to think about.

Isabelle Huppert, considered one of the best actresses of this time, has earned several awards, including the César Award for Best Actress for her role in Elle.

Elle was nominated for many awards including several film festivals.  At the César Awards, Elle earned the prize for Best Film and the award for Best Foreign Language Film at the Golden Globes.

This film will not disappoint viewers in giving them quite a ride.

Antigone is a 2019 French-Canadian film written and directed

by Sophie Deraspe.  This gripping, refreshing, and award-winning drama adapts the old play of ancient Greece to the challenges of the modern world to create an artistic look at politics and immigration, and the strength of character and relationships behind these real-world issues.

Refugees from Kabylia called the Hipponomes, Antigone (Nahéma Ricci) and her family live in Québec.   Antigone is a straight A student who looks after her more troubled brother Polynice (Rawad El-Zein), who is at risk of being deported.

Even those familiar with the source material will be surprised by this adaptation as viewers who have never even heard of the Ancient Greek drama. While the movie follows similar plot points and centers on the idea of a woman going against the rules for the greater good, the entire premise of the film changes to a more modern adaptation.  The story focuses on current issues regarding immigrant families and feminism, while also delving into the characters and family dynamics.  This creates an educational, empowering, and artistic film that reaches as many hearts as the original play did.

Nahéma Ricci is a young, talented actress whose star is on the rise.  She won the Canadian Screen Award for Best Actress.

Antigone is a unique and successful adaptation that will impact a variety of viewers.

Films are a great way to look into a culture and to educate yourself.  I therefore encourage you, dear reader, to indulge in the art of the screen while watching international films.   Take advantage to the access and availability of French films. Bring the world home with just one click.