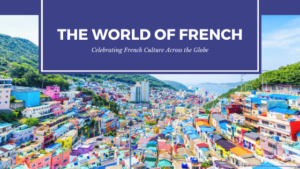 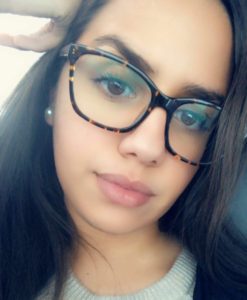 Welcome to Western Asia!  Here, we will discover our next country in the World of French:  Lebanon.  The capital of Lebanon, Beirut, is known as the “Paris of the Middle East”. The city is a fusion of the West and East (Arab and European). Although the main language is Arabic, 20% of Lebanese speak French in their daily lives 65% of whom speak it fluently. Although Lebanon has been occupied by both France and Great Britain, French influence has had the biggest impact on the culture. 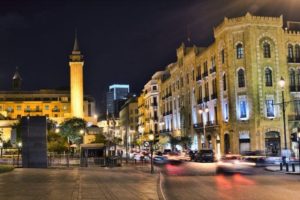 Just like Morocco, the influence of France has improved the country in certain aspects. Public education, utilities, and communication improved while under French administration. The country has consistantly proven itself to be the hub of Middle Eastern cultural modernization. Beirut increased as the center of trade with surrounding countries. Regardless, it took Lebanon several decades to finally gain its independence from France.  The country has experienced many wars, but the people kept the love of their country intact and strong. 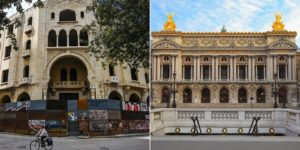 The first thing you will notice when you visit Beirut (or Lebanon in general) is the connection to French culture. The Grand Theater in Beirut is said to have been modeled after The Palais Garnier. In Lebanon, there are also several French bakeries, Petit Bateau children’s clothing boutiques, and supermarkets. Many of these businesses are owned by Lebanese citizens, not French individuals. The mixture of Arab and French culture is prevalent in Lebanon, and it does not look like it is going to slow down anytime soon.

Another aspect of note in Lebanon is the party culture.  Lebanese know how to have fun! You have to know where to look to fully experience the party scene that Lebanon has to offer. Some of the hot spots in Beirut are Iris, Yukunkun and The Garten. The music plays an important part in to the festive atmosphere which might be why some of the most famous Middle Eastern music artists hail from Lebanon, such as Nancy Ajram, Elissa, Ragheb Alama and Haifa Wehbe. In fact, some of these artists have used English and French in their songs to widen their audience.

Lebanon is not only famous for its parties. It is also known for its food. It is believed that French food is inspired from the Middle East. Food experts deem that the use of spices like cinnamon and saffron came from Arabs. The French dish, cassoulet, is closely related to Arab lamb stew. However, that is not the most famous dish from Lebanon. The most notable is kanafeh, a dessert made with thin noodle-like pastry, soaked in sweet sugar-based syrup, layered with cheese and topped with pistachios. 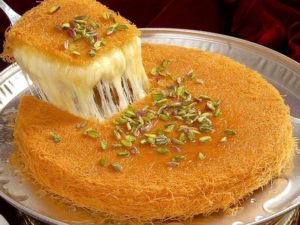 Lebanon certainly is worth visiting.  If you want to see how intricate and remarkable a mixture of French and Arabic culture can be in one country, this is the place to be. Unlike other Arab-French countries (like Morocco), French is very much ingrained in Lebanese culture to the point where it’s one culture compared to Morocco where French and Moroccan culture are distinct. Lebanon is the perfect Middle Eastern country to visit if you want to experience a progressive and liberal Arabic country.