Djibouti, a small Francophone nation about the size of New Jersey on the horn of Africa, is an intriguing case study of cultural exchange. From traditional African culture to colonial French culture, and eventually a unique modern culture, an array of influences through history have developed Djibouti.

Djibouti was first inhabited by nomadic tribes, including the Afars of Eastern Ethiopia and the Issas of Somalia. They used the land extensively for livestock raising and trading. Historical poems and songs from the region have been used to uncover this period of Djibouti’s history.

Being located directly on the Horn of Africa, Djibouti has also served as a battleground between religious tensions between Central African Islamic cultures and Northern African Christians. This conflict has defined Djibouti’s religious history. Today, Djibouti is mostly Muslim, with over 90% of citizens practicing the Muslim faith.

The Aral Empire exerted control over the region from the 12th century until the 17th century. However, beyond that,

Djibouti has limited historical records of the Middle Ages to the 19th century. Given its position adjacent to the Red Sea and the Gulf of Aden, most historians have reached consensus that Djibouti served as a port area for trading, especially of livestock. Although port cities in nearby territories were larger and more prominent, Djibouti still had two main port cities on the coast. Tadjoura, a port city in Djibouti, is the busiest port city in the boundaries of Djibouti. Caravans traded livestock and slaves by caravan from the port region to the interior lands of Africa.

Expeditions into the coasts of Africa in the 1830s and 1840s by French explorers gave way to complete colonization in 1855. Aboubaker Ibraheim Chehem ceded to Frenchman Henry Lambert a small section of coast. Lambert’s assassination paused further integration of the French into that strip of land. In 1862, the French gained full territorial control of Djibouti. However, Djibouti never really played a vital role in their colonization and the French largely ignored it. In the 1880s, the French would finally take advantage of Djibouti’s port cities as coal refueling stations for their troops sent to fight against uprisings in Madagascar and French Indochina.

To secure French-controlled Djibouti, the commanders in the region signed a series of treaties with local sultans. A treaty signed in 1885 secured the French’s presence in the region and gave way to the development of Djibouti City on the coast of the nation. On June 12, 1977 Djibouti was officially declared independent, blossoming from French Somaliland to the Republic of Djibouti.

As its own nation, Djibouti has capitalized on the competitive advantage of its geographic location. Serving as an entry point into the interior of Africa, the Horn of Africa is an important economic location. Djibouti has used this

advantage to establish a strong and growing economy in the region. It’s growth rate has been near 6% for the past few years, pointing towards a booming economy in the future. Ports, logistics, and services associated with those industries remain dominant in the economy.

Coupled with the economy, Djibouti is continuing to grow population-wise. This creates a young, energetic population that is more able to support the elderly. Many accept this theory of development that a younger population serves a nation better than an aging population. Given that Djibouti shows no signs of a slowing demographic trend, it is likely that the economic activity of the nation will continue to flourish for generations.

The dominant traditional foods of Djibouti are heavy in dairy and meat, stemming from their traditional connection to livestock herding. Often, the foods consumed come from local herds in the rural sections of the nation. Most traditional dishes also feature grains. Perhaps most interesting in the realm of food culture is qat. 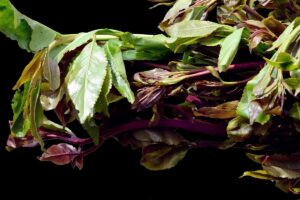 Qat is a small, narcotic leaf that is recreationally consumed by most or many men (as many as nine in ten) in the nation. Women traditionally participate less often, with roughly three in four women consuming the product. Qat is often had with lunch, when the nation basically shuts down due to the extreme heat. Almost all workplaces come to a halt around midday, when the heat is at its worst, before resuming later in the day. Even the government halts work during these hours of the day.

Like most nations, there is a slight patriarchal bias in Djibouti society, especially in higher-level organizations. Islamic social and religious law also prohibits some actions for women. In Djibouti, women can act as farmers, traders, civil servants, and low-level government officials. Women are dominant in informal sectors of the nation. Men also serve as farmers and traders, but in much lower proportions; they are also able to serve as high-level government officials. Men are traditionally dominant in the formal sectors including public life, business, and politics. Due to a necessity for men to work longer hours in the public sphere, women have become the traditional head-of-house in many Djibouti families, increasing their roles in domestic affairs.

A gem to discover!

For many of us, the Republic of Djibouti is a mystery. However, with salt lakes, hot springs, beaches, marine life, giant volcanoes, mountains reaching 2028 meters (6653ft 6.5in) in height, and a history that spans centuries, it calls to be experienced.  Be it in a four-wheel drive, on the back of a camel, on a sand yacht or a boat, discover this little known gem! 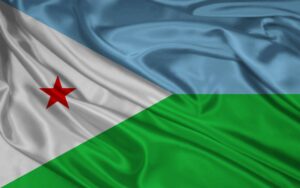